About Us > CLOUD+ > Text
Cover Story
Interview with CEO of TukuChina.com: Moving Steadfastly Toward the Dream
Chen Dongfang,Yesky

Feng Feiyan embarked on her career as a UNIX system engineer and became part of the first generation of Internet professionals in China. The Internet was just getting off the ground at that time in China. It had been nearly a year since the first 64 kbit/s international private line was connected, but few people in the country could explain what the Internet was or how to send an email, let alone the other Internet applications that were popping up.

After making a pioneering attempt, Feng Feiyan decided to go to Shanghai — an unfamiliar city. Looking back, she considered her technical background a drawback to her entrepreneurial attempts, saying: "Sometimes, technical approaches cannot always be used to solve business problems." This notion prompted her to enroll in a variety of business courses and come into contact with people working in different industries. Feng continued, "In this process, I discovered something very interesting. Whereas people often say that ’All roads lead to Rome', the fact of the matter is that people of different backgrounds may all make a reasonable and correct choice, and that choice does not necessarily have to end up in Rome (where they have originally planned). When I realized that there was more than one right way, I felt as if my eyes had finally opened. I learned to accept the ideas of others and quickly iterated the experience of others into my own."

In 2002, Feng decided to continue her academic pursuits and enrolled in an MBA course at Tsinghua University, focusing on business and management. After graduation, she made a decisive decision to return to the Internet industry.

Nothing is more reassuring than knowing the firmness of your own will. After much contemplation, Feng decided to enter the stock photo market. At that time, the overseas market had begun to flourish. While China’s fast-growing economy attracted many investors, there were almost no producers of commercial images in the country at the time. Realizing the huge void and opportunity, Feng led her team into this market. They mainly produced images of Asian personages, Chinese cultural, and other related themes. She brought these high-quality, creative materials to the international community for use in publication and other venues. With the demonstrated quality in production, Feng’s company became the first in China to be entrusted by the two international powerhouses of Getty Images and Corbis to create copyrighted images for their storehouses. Feng recalls: "The processes were full of difficulties. We had to do market research, solution planning, shooting scripts, model screening, on-site preparation and organization, and post-production for the entire shoot. Adding to the pressure, we had to ensure that the product could meet international market requirements for the next decade so our customers could enjoy continued revenues. So, it was at this time that I asked myself a question: 'How can I produce images that will remain relevant and create monetary value for a 10-year period?'"

What we found sort of surprised us because the highest relevance were words like mother and male. That made me really question how to make something really intuitive. Designers often become flustered when trying to think up an advertisement because they realize that their idea has been used many times before. So, they have to return to the drawing board if they want to create something truly novel. "

Feng went on to point out that in addition to ensuring the fashionable requirements of users, economic trends and statistical knowledge needs to be used to analyze future sustainability. She expanded, "What I noticed over the years was how you need to adapt to your settings. As the population ages in China, photos involving the elderly usually focus on family reunions and homesteads. However, for the market in Japan, because of the high divorce rate amongst the elderly, it is necessary to photograph themes of independence and the carefree single life. In considering these different perspectives on lifestyle, we are able to cover the needs for various segments of the international market."

In talking about the shooting process, Feng said: "I use the various trend analysis methods I learned during my MBA studies when collecting materials. In addition, I need to plan the entire shoot, including organizing personnel, venues, wardrobes, scene props, and a long list of other items. This process is similar to that of a movie production. We need to ensure ingestion of the highest amount of usable content in a short shoot window."

Success in any sector requires constantly paying opportunity costs to move towards a more narrow and lonely road at the top. And, right or wrong, one of the measures to see if you can handle the journey is that you do not have any regrets when you are done. Feng Feiyan, who has been in the industry for 13 years now, said it seems like yesterday that she started her journey. In the span from 2005 to the present day, TukuChina.com has achieved remarkable success through strategic cooperation and technological innovation. Today, the stock photo repository houses hundreds of millions of high-quality images and design materials.

Even with all this success, Feng admits she often feels perturbed by the situation at home. She explains: "We have 160,000 contracted photographers in China contributing to our image library while the number of foreign contributors now totals five million. That means that 96.8% of our payouts are going to professionals outside of China. It is not because Chinese photographers are unwilling to contribute to the gallery or because they are unaware that the gallery exists. Piracy is the culprit. The Chinese photographers do not want to put their works into the gallery because they are worried about copyright infringements, so they find other ways to get their works to international venues and get compensated that way. In fact, many of the photographers and designers I know feel the situation is helpless. Many others are used to the situation and accept it, considering the task of ensuring copyright protections a difficult proposition in the near-term. So, it is the copyright issue that caused this situation, which is not even mentioned in the China 2017 Network Copyright Industry Development Report. The state of matters is just plain sad because Chinese artists are not participating like they should in this great vehicle to promote their works. The void is being filled from those outside of China."

Feng Feiyan started thinking about what she could do to help rectify the state of affairs for the 17 million designers and 20 million photographers in China. She wanted the huge pool of creative talent to return to the Chinese photo market. She hoped to see many more domestic-produced photos in the storehouses.

Feng began to look into how to make use of technology to protect copyrights. In January 2018, Feng came into contact with the Enterprise Intelligence (EI) team at HUAWEI CLOUD. With the support of deep learning capabilities and algorithms in the EI suite of HUAWEI CLOUD, the Cloud Image Service (also from HUAWEI CLOUD) improves accountability tracing in upload of massive amounts of copyrighted images to TukuChina.com, with an accuracy rate reaching 99%. Feng and Huawei AI jointly developed a program that enables photographer to discover infringements on social platforms in just one click and then submit a claim of ownership to receive compensation. This development makes use of technologies to help enforce copyright protections and preserve the rights and interests of artists.

Feng Feiyan excitedly demonstrated the app by uploading a picture of a snowy landscape from her cell phone. The result showed that 38 companies had used the picture. The app then confirmed whether the companies are legitimately using the stock or if it is a possible infringement. The app can even detect if the image was partially processed or if a filter was added. After the results come back, the producer of the image simply clicks "Confirm" to submit the tort claim. The TukuChina.com anti-piracy platform will recommend a legal professional to complete the claim at zero costs to the artist. Feng Feiyan said that the whole idea behind the program is to let the IPR thieves think they are getting away with something then have the producing artist demand compensation. The author did some checking into the black technology before going into the anti-piracy app. When thinking about AI, the first things most people think about are facial, speech, and image recognition utilities. However, the tech behind this service involves a convolutional neural network, which is an important field in deep learning. The threshold is high for enterprises wanting to adopt these types of applications quickly. The EI teams at HUAWEI CLOUD drilled down integration and can provide computing capabilities to greatly reduce the adoption threshold. Enterprises do not need to master algorithms, parameter adjustment methods, and the other complexities in deep learning. As in the case of Chinatuku.com involving hundreds of millions of images, if you set up your own platform, the data training will take nearly a month. In contrast, only hours are needed when using the deep learning platform of HUAWEI CLOUD. This also means that the content refreshes and other iterations are greatly accelerated as well. Feng closed the interview with this statement: "I hope that this development will give more and more Chinese photographers and designers the confidence to engage more with domestic platforms. I am very grateful to HUAWEI CLOUD and the AI teams at Huawei for providing such strong technical support. I look forward to a rejuvenation of the Chinese culture with the assurances of copyright protection, and copyright protection starts with AI."

Technology helps uphold a fair playing field in business as shared by Feng Feiyan in her recollection of the rising popularity of the Internet and witnessing the chaos in copyright infringements. Feng has renewed hope after having devoted thirteen years of her youth to the photo industry. As a figurehead in the industry, she is fully committed to protecting the rights of artists in the Chinatuku.com platform. Her fighting spirit is worthy of emanation.

Last text: Huawei Cloud Container Keeps X-Turing Biotech One Step Ahead
Next text: Black Tech at the Back of Huawei Vmall 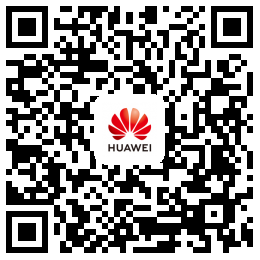